Elcock Associates would like to congratulate all participants of the John O’Groats to Lands End cycle change undertaken by the Pilgrim Bandits Charity and inspired by the efforts of veteran and ex-firefighter John Chart. Elcock Associates were delighted to be able to support and join the ride with Director Adam Elcock taking part.

One year ago, John was diagnosed with Motor Neurone Disease. Together with John’s team of ex-military and serving firefighters, the Pilgrim Bandits team left John O’Groats on the northern tip of Scotland on Monday 10 August and, less than two weeks later, they had reached Lands’ End in Cornwall on Saturday 22 August.

The team cycled 80 miles a day, battling through the heat wave at the beginning of the challenge and torrential rain towards the end. There were also gruelling challenges for the team to complete throughout.

Director Adam Elcock says he feels incredibly proud to have been part of this challenge, the team spirit helped to push him through those harder days. Adam looks forward to the next challenge, as he continues to raise money, awareness, and support for the Pilgrim Bandits charity who offer so much to forces veterans and blue light charities. The event has now been recognised for a Pride of Britain award which further endorses the great work this charity does for those in need.

To find out more, head to The Pilgrim Bandits website here: www.pilgrimbandits.org 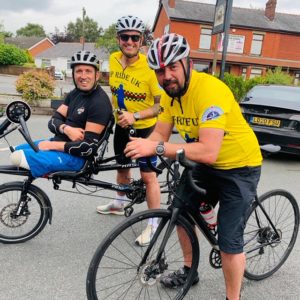 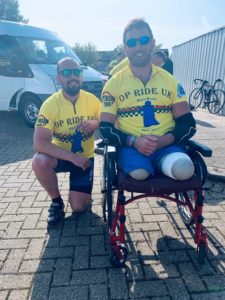 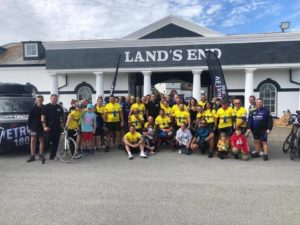